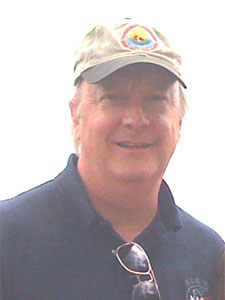 Dr. Walter Merrill is a recognized expert with over 40 years of experience in aero-propulsion controls, multivariable control, fault detection and high temperature electronics. He is the founder and President of Bluberry LLC, which provides high temperature electronics for gas turbine engines. Walt also was Vice President with Scientific Monitoring, Inc., where he directed health monitoring and engine controls projects. His experience includes 30 years with the NASA Glenn Research Center. At NASA he was the Chief of the Instrumentation and Controls Division and won the NASA Medal for Exceptional Engineering. He also was the Director of the Glennan Microsystems Initiative which was a government/industry/academia collaboration to foster innovation in microsystems for harsh environments. Under his leadership, several startup companies were launched as a result of this initiative. Dr. Merrill has won the General Motors Institute Alumni Association Engineering Excellence Award and an R&D 100 Award given by Research Development Magazine. He has over 100 publications in controls, diagnostics and electronics. He holds a Ph.D. degree in Control Systems from Toledo University, an MSEE from Auburn University and a BSEE from General Motors Institute. Walt has been an Adjunct Professor at Akron University, Cleveland State University and Toledo University.

Which Introductory or Advanced course is right for you? Anyone looking for a “big picture” … END_OF_DOCUMENT_TOKEN_TO_BE_REPLACED