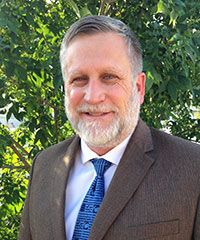 Dr. Scott Nowlin is a 1992 Distinguished Graduate in Aeronautics from the US Air Force Academy. He earned an M.S. degree in Aerospace Engineering from the University of Texas at Austin and a Ph.D. in Engineering Science from Oriel College, University of Oxford, U.K. He is a US Air Force Pilot Training graduate and a retired Air Force Colonel with over 24 years of service. He has over 750 hours as an aircrew member in 5 different aircraft, serving primarily as a flight test engineer for the US Air Force Laboratory Directed Energy Directorate and Airborne Laser Program. At the Air Force Academy, he served as an Assistant Professor, where he was awarded Outstanding First Year Instructor, Systems Engineering Program Director, and Aeronautics Department Deputy Head. He also served as the Air Force Budget Program Element Monitor for Sensors and Technology Transition for the Assistant Secretary of the Air Force (Acquisitions). Most recently, he was the Deputy Director of Engineering for the Air Force Sustainment Center at Hill Air Force Base, Utah. He currently works as the Chief Engineer for Strategic Systems for BAE Systems, Inc.

Which Introductory or Advanced course is right for you? Anyone looking for a “big picture” … END_OF_DOCUMENT_TOKEN_TO_BE_REPLACED