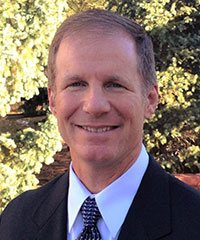 Dr. Kyle Kolsti is an aeronautical engineering consultant with a background in fighter aircraft and general aviation. He recently retired from the Air Force as a Lieutenant Colonel. During his 21-year career in the Air Force, Kyle was an F-16 Developmental Test Pilot, a T-38 instructor pilot and flight examiner, the leader of the Turbine Engine Division at the Air Force Research Laboratory, and an Assistant Professor in the Department of Aeronautics at the United States Air Force Academy. He was selected Outstanding Flight Commander by two different student classes at pilot training, and at the AF Academy he was awarded Outstanding First Year Instructor and Outstanding Academy Educator. While at the Academy, he taught Intro to Aeronautics, Aeroelasticity, and the highly regarded Intro to Flight Test course.  He earned a BS and MS in Civil Engineering at the University of Texas and the University of Washington, respectively, and a Ph.D. in Aerospace Engineering from the Air Force Institute of Technology. A top 3rd graduate of the USAF Test Pilot School, Kyle has flown over 35 types of aircraft ranging from a 1947 Aeronca Champ to B-1 and B-52 bombers. He is a member of the Society of Experimental Test Pilots.

Which Introductory or Advanced course is right for you? Anyone looking for a “big picture” … END_OF_DOCUMENT_TOKEN_TO_BE_REPLACED