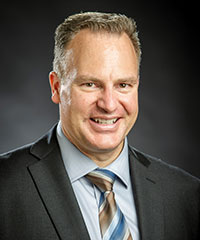 Dr. Kurt Rouser is Assistant Professor of Mechanical and Aerospace Engineering at Oklahoma State University. He graduated from the US Air Force Academy in 1995 (BS in Aeronautical Engineering), from Oklahoma State University in 1999 (MS in Aeronautical Engineering), and from the Air Force Institute of Technology in 2002 (MS in Aeronautical Engineering) and in 2012 (PhD in Mechanical Engineering). His 21-year Air Force career included assignments as an aerospace propulsion intelligence analyst, turbine engine maintenance engineer, KC-135 maintenance engineer and jet engine test squadron operations officer. During his 8 years on the Air Force Academy faculty, he taught thermodynamics and aircraft engine design and served his final 2 years as Deputy Associate Dean for Educational Innovation. His accolades include Air Force Director of Propulsion Engineer of the Year, Outstanding Academy Educator and recipient of the Academy Frank J. Seiler Award for Faculty Research Excellence. After retiring as an Air Force Lieutenant Colonel in 2016, he started his current faculty position, teaching and researching aerospace propulsion and power.

Which Introductory or Advanced course is right for you? Anyone looking for a “big picture” … END_OF_DOCUMENT_TOKEN_TO_BE_REPLACED