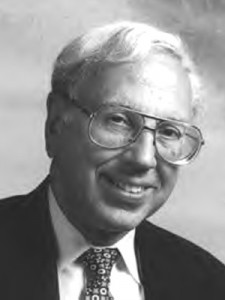 Dr. John D. Anderson, Jr. earned his PhD from The Ohio State University and is currently the Curator for Aerodynamics at the Smithsonian’s National Air and Space Museum (NASM). He served as an Air Force officer at Wright-Patterson AFB and later chaired the Department of Aerospace Engineering at the University of Maryland. John occupied the Charles Lindbergh Chair at the NASM from 1986-1987. He’s published ten books, ranging from Gasdynamic Lasers: An Introduction to Aircraft Performance and Design. He’s won the joint American Institute of Aeronautics and Astronautics (AIAA) and American Society of Engineering Educators “Lee Atwood Award” for excellence in aerospace engineering education and AIAA’s “Pendray Award” for aerospace literature. John is an Honorary Fellow of the AIAA and a Fellow of both The Royal Aeronautical Society and the Washington Academy of Sciences.

Which Introductory or Advanced course is right for you? Anyone looking for a “big picture” … END_OF_DOCUMENT_TOKEN_TO_BE_REPLACED