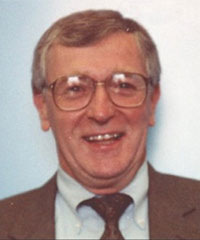 Dr. William “Bill” Heiser is a recognized international leader and expert in airbreathing propulsion and energy conversion in an over 50-year balanced career in education, government, and industry. He is an Honorary Fellow of the AIAA, the highest distinction conferred by AIAA recognizing “preeminent individuals” in terms of contributions to the aerospace community. He taught for many years at the USAF Academy, MIT, UC-Davis, and for one year at Cambridge University. Bill was Chief Scientist of the USAF Propulsion Lab and Arnold Engineering Development Center. He’s authored over 70 refereed papers and USAF Reports, and two award-winning text books – “Hypersonic Airbreathing Propulsion” with Dave Pratt, and “Aircraft Engine Design” with Jack Mattingly and Dave Pratt. His industry experience includes Vice President/Director of Research at Aerojet General and key turbine and advanced technology leadership positions at Pratt and Whitney and General Electric. Dr. Heiser’s academic degrees, all in Mechanical Engineering, include a PhD from MIT, MS from California Institute of Technology and BS from Cooper Union. He continues to teach airbreathing propulsion short courses, consult, serve as expert witness, and chair several standing aircraft engine technical committees.

Which Introductory or Advanced course is right for you? Anyone looking for a “big picture” … END_OF_DOCUMENT_TOKEN_TO_BE_REPLACED

In Affiliation with Dr. Link Jaw and Dr. Jack Mattingly